This morning on my Facebook feed I had two notifications from different companies that I “Like” that today is National Lazy Day. When I read the first one, I thought they were kidding. Then I saw the second and heard it mentioned on the Today show. All I can say is, “Really?”

My first thought was, who violated the spirit of National Lazy Day by advocating for such a day? Then I realized that I have no idea how such days happen. Apparently, the president establishes them based on individual requests. You can send your request to the Office of Public Engagement.

Twelve hours later…..
I decided to enjoy the spirit of National Lazy Day and neither continue my research into its origins or finish this post. Now that it’s no longer National Lazy Day, but is instead National Presidential Joke Day and National Son and Daughter Day, I will research a joke about our president and go enjoy a day at the lake with one of my sons and one of my daughters while thinking fondly of the other two, who are off doing exciting things like working. Because National Lazy Day is over.

Maybe because I’ve been watching HBO’s John Adams this feeling is more intense this year, but every year I ask myself the title question, how can a person celebrate the 4th of July properly?

Modern Americans seem to look at this range of options:

Don’t get me wrong. Besides the sales, I enjoy these activities. But do they really honor the sacrifice and the tremendous innovation made by our Founding Fathers when they declared our independence from England?

In this case, pictures say it best. 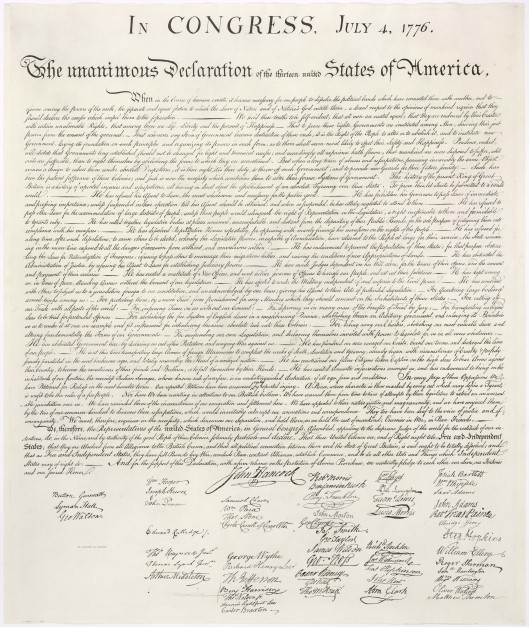 “We hold these truths to be self evident, that all men are created equal, that they are endowed by their Creator with certain inalienable rights.”

The great thinkers of the Enlightenment influenced these words, but it was a group of colonists, the eighteenth-century equivalent of rednecks and hicks, who put them into action and made them the foundation of a newly independent nation’s dream of itself, which has become the dream of much of the modern world.

The Shot Heard Round the World

And who can forget this guy and these iconic images of him suffering with his suffering troops? Although we often forget his companion, representative of our ally, the Marquis de Lafayette of the kingdom of France. 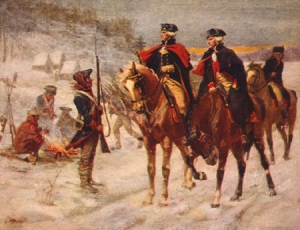 I’m going to try to remember the beauty and the genius of those words declaring our independence and the lives of the men, women, boys and girls who suffered and died in the fight for that dream and who continue to do so around the world.

Maybe some day someone will pay for a commercial for that.

Stuff I Write About